My dissertation project saw me making an XNA game (Lines) and website to go with it (edngames.com) which used web services to make essentially a cut down Xbox Live on the PC with rich presence support, automatic high score uploading etc. I feel it was very successful (and the markers agreed) but I didn’t get the time to spend on the game portion that I wanted to, instead concentrating mainly on the distribution scenarios and the user experience. With the Xbox Live Community Arcade coming up and the new CTP of XNA 3 released, I thought it would be the right time to rewrite the game using everything I’ve learnt over the last year since I began the project ready for the Community Arcade launch “this fall”.

Instead of using SpriteBatch, I’ve decided to place 2D flat quads in 3D space. While still getting free rotation, transparency etc, I now get resolution independence and extra effects such as being able to skew sprites.

I already have the main game code so am working on the menu system. By having sprites in a 3D space, changing the camera location means aspect ratio independence too by zooming out or changing the field of view – below shows the main menu in 16:9 and 4:3 (the zooming will work with all aspect ratios meaning no stretching). 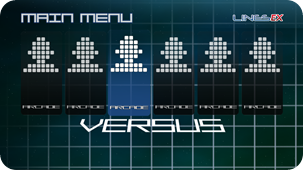 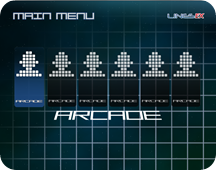 My favourite benefit however is the Smash Bros. style 3D effect you can achieve by moving the camera with the right stick. Completely pointless but very cool and can help you debug the locations of your sprites in the game world. 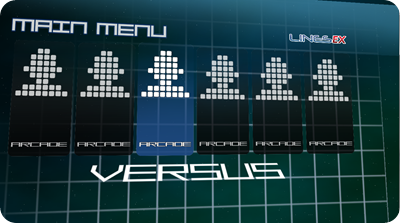 And yes, I am aware of the hidden word in the title and it is purely accidental 🙂

One thought on “Lines EX – rebuilding with XNA 3”