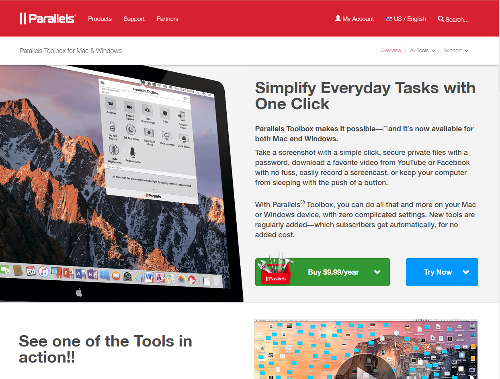 Update December 2016: Apple has released a new version of the MacBook Pro featuring the new Touch Bar feature. I do not recommend buying this model.

Luckily Apple still sell the 2015 model without Touch Bar. I would recommend buying one of those.

I’ve been using OSX alongside Windows for almost 8 years now. In this post I will outline why a Mac is handsdown the best development laptop you can buy even if you are primarily a Windows or .NET developer. I use a Retina Macbook Pro 13 inch at home and for side projects, plus a Retina Macbook Pro 15 inch at work. 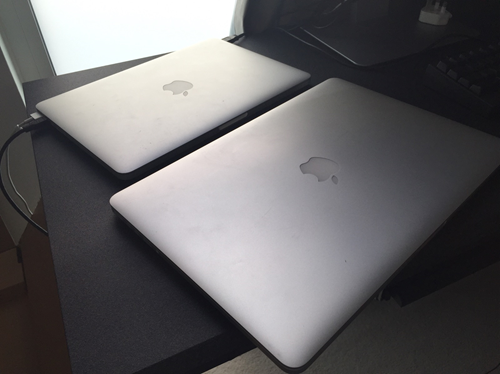 Reason 1: You need access to OS X as a professional software developer

If you care about maximizing the value you can provide as a practitioner of building software, you need access to OS X. OS X is the only way to build native iOS applications – and as a .NET developer without access to OS X, you’ll never even be able to use Xamarin to run your C# code on iOS natively. You’ll also miss out on the wider community and the rest of the development world – Javascript, Ruby, Python and Scala developers all use Unix-based operating systems to do their work, not Windows, and most of the time their preferred platform is OS X. If you want to dabble in Ruby over the weekend, or even teach yourself a new skill, OS X on a Mac is the only way to get first class support as most non-.NET/Java developers run their stuff on Macs (a small minority use a Linux distribution to do their work). No laptop other than a Macbook Pro or Air will give you access to this world and you will find yourself increasingly isolated professionally if you can only use Windows.

Reason 2:  It’s the only laptop that lets you run OS X and Windows at the same time

Since Apple put Intel chips in their machines, you’ve always been able to run Windows natively on a Mac by creating a second partition using the built-in Bootcamp utility. Since the middle of 2014, this has gotten even better with the introduction of native UEFI support. Gone is the 80s-era BIOS emulation, and now Windows boots just as fast as OSX itself. The Windows 8 startup circle animation even starts rendering before the Mac bootup sound finishes playing.

You don’t have to reboot when you want to use Windows – you can attach that same native partition within a virtual machine using Parallels or VMWare Fusion. That means you can run both OSX and Windows side by side, rebooting into the native Windows partition when you need the full power of the machine. Plus, its really cool to be able to do this:

(As a side note, I get much better performance out of Parallels Desktop 10 than VMWare Fusion when running Windows 8.1 or the Windows 10 Tech Preview – the Parallels virtual display driver is WDDM 1.2 compatible, rather than VMWare’s WDDM 1.0 compatible version. WDDM 1.0 is from the Vista era.)

All the Retina Macbook Pros have two Thunderbolt ports, which double up as Mini DisplayPort ports, and an HDMI port. The Retina Macbook Pro 13 inch can support 2 external monitors under OSX, and three under Linux or native Windows. The 15 inch version can support 3 external monitors and the internal screen at the same time. Both these limits can be extended by using USB 3.0 “DisplayLink” adapters or docks at the cost of CPU power and graphics quality. With virtualisation, you can set Windows up to use any number of monitors.

Reason 4: You can test your work on multiple retina display implementations

Both the 13 inch and 15 Retina Macbook Pros have amazing high resolution screens. If you are building web applications, you need to be able to test your work on “retina” displays and this is the quickest way of doing it, without getting a 4K monitor. Most retina displays in the wild are on Apple devices too (iPad, iPhone etc). The ridiculous resolution of the 15 model (2880×1800!) even enables you to test your apps and sites in Windows at up to 200% DPI scaling without an external monitor.

Say what you want about the “cult of Mac”, they have retail support available in almost every major city on earth through their Apple Store network. If you need a new charger or accessory, you can walk in and buy one from an actual shop. If you have a problem, you can go in and (sometimes pay for) a repair – not phone an offshore support line and get a box posted to you. Acer, Dell, Samsung etc do not have the meatspace reach of Apple (unless you like to shop at PC World). The thought of having to buy a replacement AC adaptor for a “Acer Aspire S3-392G” machine at short notice is quite scary. If you have a preference for the US keyboard layout, a Mac is the only laptop stocked in retail available with a selection of keyboard layouts – when in Tokyo, Apple were the only people in the whole city that stocked laptops with US keyboards.

In case you missed the news, Microsoft have committed to making the core of the next .NET Framework version work on both Linux and OSX, instead of leaving it up to Mono to provide an implementation. This is a direct result of the leaders in the .NET space stretching C# out of it’s comfort zone of Windows and Visual Studio. ASP.NET vNext supports development using Sublime Text on a Mac. The OmniSharp project brings C# support to Sublime text, Emacs and Atom. Visual Studio is not required. From 2016 onwards, I expect ASP.NET vNext to start featuring in C# developer job ads, and they are going to expect you to be able to at least run applications without Visual Studio. Deployment of greenfield applications to Linux servers using Docker containers will start becoming the norm from next year.

I haven’t even touched on the other reasons why this is now my preferred setup – the now native SMB 2.0 support in OSX, OneNote finally on Mac, the quality of the keyboards and trackpads – but using non-Apple laptops is painful sometimes. I was once issued the 2nd generation of the fabled Lenovo Thinkpad line of X1 Carbons that got rid of the function keys and replaced them with comedy touch “context sensitive media buttons” (the 3rd gen reversed this bonkers choice). My last two companies have eventually managed to sort out a top of the line 15 inch Retina Macbook Pro as my corporate machine and thanks to the proliferation of Macs in the corporate setting, IT departments are slowly warming up to the idea.

If you have any questions about how I use the above, drop me a line in the comments or send me an email and I’ll be happy to respond.