Windows 7 has been out for a few days for MSDN members and the public beta is due soon. One of the best new features is native DivX, AVCHD and mp4 video support. With the codec framework completely changed (as explained by Long Zheng here), usual MKV splitters for Windows Media Player no longer work and viewing HD MKV files now definitely requires VLC for now. 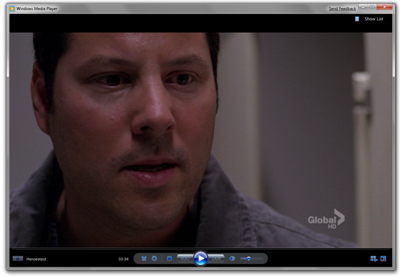 On my travels I found an application called TSMuxer on the doom9 forums – this has the ability to very quickly convert HD video files between formats with no quality loss whatsoever. This works by changing the container formats but keeping the video and audio streams the same. 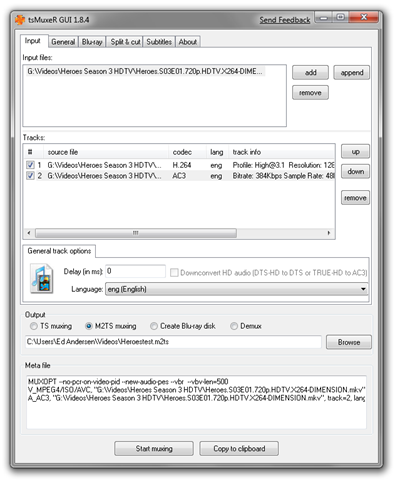 The screenshot above shows the settings I used to convert an episode of Heroes into an AVCHD .m2ts file. The process took about 2 minutes and resulted in a file that plays natively in Windows Media Player 12, Windows Media Center and even better – streams and plays in HD to an Xbox 360 Media Center Extender. No stupid codec packs and no dodgy DirectShow filters. Lovely.