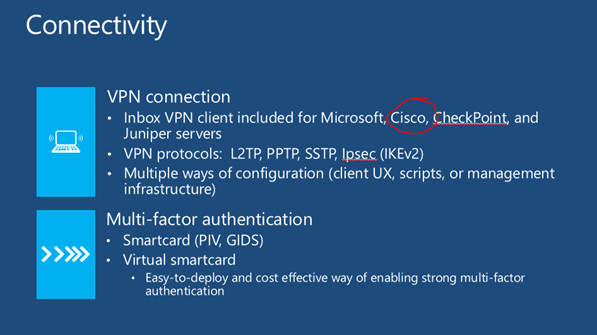 The TechEd 2012 session “Windows 8: Windows RT Devices for Business” (http://channel9.msdn.com/ Events/TechEd/NorthAmerica/2012/WCL202) stated at the 26 min mark that Microsoft incorporate the Cisco VPN client into Windows RT out of the box.

It doesn’t work for most Cisco VPN setups where the IT department has decided to use PSK authentication. Windows never natively supported the IPSec Identifier, or “Group Name” feature in Cisco VPNs, which I argue would be the vast majority of real use cases. 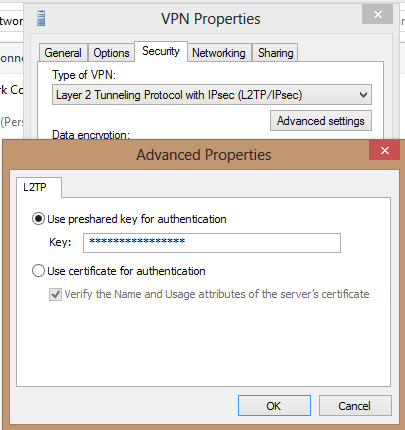 See? No Group Name option. Compare this to OS X: 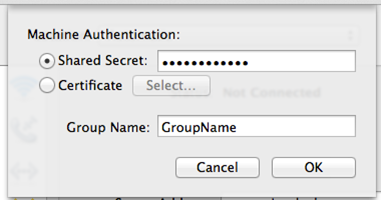 OS X supports Cisco IPSec natively and has a field for Group Name. iOS also does.

On Windows RT, you cannot install the Cisco AnyConnect client. You shouldn’t have to do this anyway – Windows should natively support this, as Apple has chosen to do. Some people are going to get pretty annoyed when they realize they can’t use Windows RT devices to remote in to corporate VPNs, although some would argue that corporate VPNs should be using certificates and not Pre Shared Keys for IPSec.

iPads can connect to Cisco VPNs natively – sort it out Microsoft.