.NET web applications tend to get treated very poorly in the real world – some people still think that copying and pasting the contents of their /bin/Release/ directory (lovingly referred to as “DLLs”) over Remote Desktop to a webserver and manually setting up IIS is acceptable – but this is now 2015 and the world has moved on. Here are my thoughts on some of the various ways you can deploy .NET apps to the cloud.

Real cloud environments are stateless. You must treat the web servers you use as ephemeral. DevOps practitioners treat virtual servers as cattle, not pets, and don’t nurse servers back to health if there is a problem. Instead they take them out back, shoot them in the head and spin up a new one.

The .NET Framework does not make building cloud-ready, stateless scalable applications easy by default, especially if you are still shaking off decade old WebForms habits. Here is some advice: 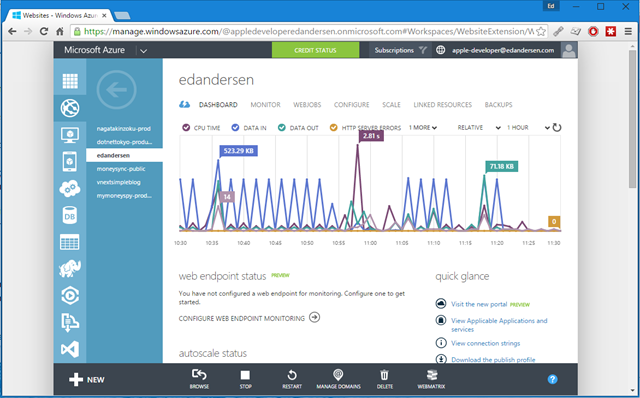 The granddaddy of .NET Platform as a Service and the cornerstone of almost every Azure demo. Azure Websites is a very high level abstraction over IIS and .NET web farms, supports lots of very cool deployment mechanisms and is easily scalable.

An honorable mention goes out to App Harbor – they technically got there first by providing a Heroku-like experience for .NET developers. Also note that Azure has “Azure Cloud Services” – this is significantly more complex than Azure Websites and does tie you into the Azure platform significantly. Azure Cloud Services are typically chosen for long running cloud systems rather than transactional web sites (think Xbox Live rather than a high traffic blog). 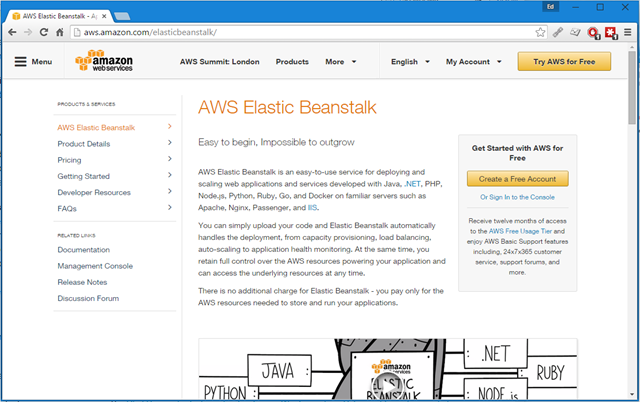 Amazon are by far the biggest cloud provider out there and they try to tick as many Windows feature boxes as possible to woo enterprises. Elastic Beanstalk is a Platform as a Service deployment platform, similar to Azure Websites, but completely platform agnostic. Since it uses all the existing EC2 APIs underneath (Elastic Load Balancing, Auto Scaling Groups etc), Language and OS support is much higher than Azure Websites, at the expense of not being optimised for Windows/.NET workloads. 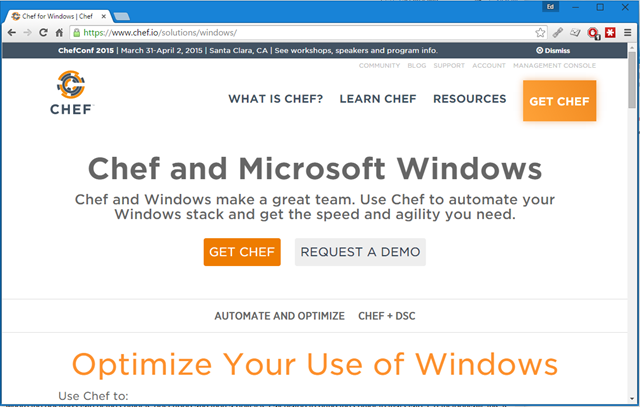 Opscode Chef is a favorite of the “infrastructure as code” crowd, and it can be made to work on Windows. Given standard virtual machines on either AWS or Azure, you can install the Chef service on your nodes and execute Chef recipes.

Ocotpus Deploy is quickly becoming one of my favourite parts of the .NET ecosystem. Built by some of the finest .NET developers in the land, for .NET developers. It provides the Platform as a Service ease of Azure Websites with the power of running your own VMs. I think of it as bringing your own platform layer to infrastructure you might get elsewhere – I’ve dealt with a big deployment of Octopus on AWS.

The Octopus Deploy team is currently working on version 3.0, which will replace the RavenDB database with SQL Server. I’m very much looking forward to it. Octopus isn’t limited to cloud-deployments either – it can be used equally well for on-premise datacenters.

In summary then, I’d choose Azure Websites if the application is simple enough to work within it’s constraints. Given an application with multiple tiers (microservices etc) or special deployment requirements (third party software, certificates), I’d go for Octopus Deploy on top of whichever is your organisation’s favored cloud provider.

If you have any thoughts on the above, or can point out a mistake I’ve made, please drop me an email or leave a comment.