I am a great fan of Remote Desktop and have been using it for over a decade. It’s built in and just works. One gripe of mine has always been the poor framerate which makes animations and transitions super janky by default.

In RDP 10 it turns out this can be massively improved by enabling a screen encoding based on AVC/H.264 video. By enabling the group policy “Prioritize H.264/AVC 444 graphics mode for Remote Desktop Connections” under Computer Configuration > Administrative Templates > Windows Components > Remote Desktop Services > Remote Desktop Session Host > Remote Session Environment, I was able to get a glorious 60fps, almost double what I was getting before.

There is also another group policy to use your GPU to do the encoding, “Configure H.264/AVC hardware encoding for Remote Desktop connections”. Turn this on and you can see your GPU in task manager doing a little bit of work to encode the video, potentially saving the CPU from some effort. However in my testing I actually saw slightly worse performance in this mode, as you can see from this video:

Improve Remote Desktop frame rate up to 60fps!
Watch this video on YouTube.

I do wonder why this option is buried in Group Policy and not more user accessible – it appears to be enabled by default in cloud hosted environments with virtual GPUs (such as the Azure GPU instances). I also wonder if you can actually game using it?

Running Windows 10 Anniversary Edition? Click this link and say yes to the prompts (You’ll, er, have to press CTRL+ALT+DELETE to exit and sign in again).

You just launched the hidden Take a Test app. Windows 10 Anniversary now includes a chromeless kiosk mode that web pages can launch. Basically any link in the format…

…will launch the app. Administrators can even create user accounts that are locked down to single web pages where CTRL+ALT+DELETE is the only way out. 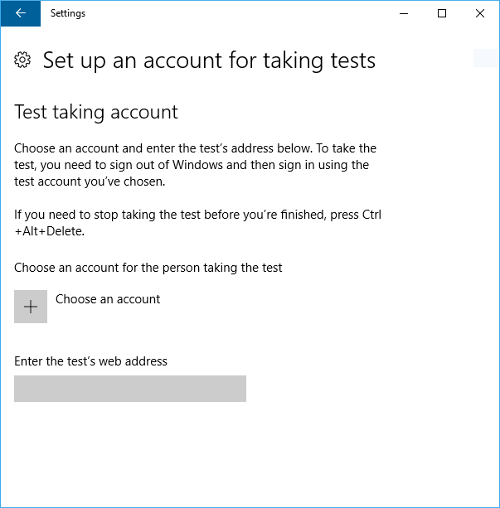 Notably there are some extended JavaScript APIs available when running under the kiosk mode – interestingly some even called getIPAddressList, getMACAddress and getProcessList. Yes, with a couple of prompts, a web page can launch the Take a Test app and get a list of the user’s running processes and their MAC address.

I wonder how long until this gets abused.

It is increasingly looking like the Surface 3 is going to be discontinued. Microsoft is running out of stock on the 128GB / 4GB RAM model. Third party vendors are heavily discounting it, suggesting a clearance. The biggest sign of its demise is that Intel are simply going to stop making the quad-core Cherry Trail Atom processors that power the Surface 3 and other tablets like it.

This is a crying shame. The Surface 3 (not to be confused with the larger, laptop-class Surface Pro 3) is simply a fantastic tablet device. 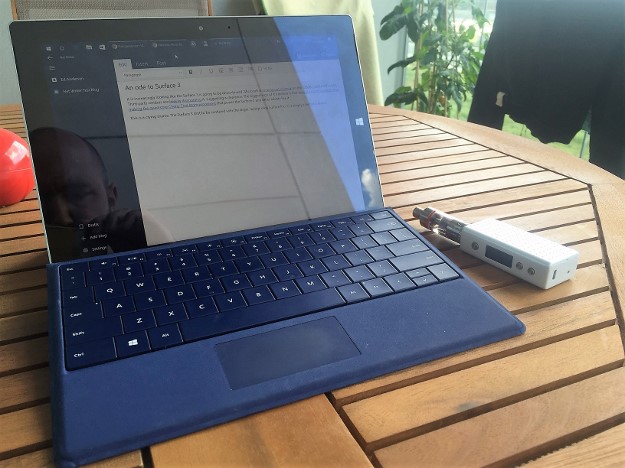 Surface 3 was the successor to the Surface 2, which followed on from the Surface RT. Both Surface RT and Surface 2 were powered by ARM chips and a limited, cut down version of Windows, Windows 8.1 RT. They were never eligible for an upgrade to Windows 10 (although the work done to enable Windows-on-ARM lives on in Windows 10 IoT). The market also shunned them and customers were confused by them. I was in New York for the launch of Surface RT, picked one up and loved it. I however personally witnessed customers, after queuing for an hour to get into the pop-up Microsoft Store in Times Square, decide to leave empty handed when they found out that the Surface RT wouldn’t run iTunes. Strangely the Surface Pro, which would have run iTunes, had its release staggered to a few days after the RT launch. I believe this caused significant confusion and prevented the Microsoft Store staff from successfully upselling.

Surface RT was a fantastic device for its time, albeit with serious flaws. I loved the fact it was a perfect Remote Desktop machine, but aspects like the custom charger and stupid 16:9 aspect ratio took until the Surface 3 to resolve.

The Surface 3 is a real PC, well crafted for the price point. Some of my favourite features of the hardware are:

None of the above features are available on non-Pro iPads without accessories and dongles. Stylus support is limited to the iPad Pro.

Whilst it shipped with Windows 8.1, the Surface 3 now runs Windows 10 like a charm. Some of the best bits:

The only real downside is because of the slow eMMC disk speed, Windows 10 baseline version updates can take over 2 hours to install.

Pricing and comparisons to iPads

Surface 3 in the UK comes in two main models:

I own the second model, purchased at the Hawaii Microsoft Store for 599 USD, along with a US layout type cover at 129 USD and a stylus at 49 USD. This was a total of 540 GBP at the time, so thanks to the exchange rate I essentially got the type cover for free.

If you want to buy an iPad with 128GB storage, this will cost you 619 GBP for the 9.7 inch iPad Pro. The iPad Air only goes up to 64GB for 429 GBP. You still don’t get a kickstand, expandable storage or even a USB port. iOS doesn’t even support a mouse, Bluetooth or not, forcing you to get gorilla arm when using it with a keyboard attached.

At under 500 quid, this is a feasible device to travel with and not have your holiday ruined if you lose it. I cannot find any justification to get a Surface Pro 4 at double the price for the mid-range i5 / 8 GB RAM / 256 GB storage model. After using a 13 inch MacBook Pro as my main machine for three years, I’ve now offloaded the Mac and returned to the state of having a beefy desktop and cheap, portable companion tablet PC. I was sorely tempted by the Surface Book, but for the two thirds of the price you can build a beast desktop and get a Surface 3 or other companion device for portability, just using Remote Desktop if you need to connect back to base.

For those who don’t mind Windows and want a companion device, I really recommend getting a Surface 3 whilst you still can. They were/are truly revolutionary at their price point.